Amineh's poem, "Lament for Syria," won the 2017 Betjeman Poetry Prize, the grand prize for a poetry competition focused on providing “a platform for new voices from the next generation." After living with her family in Egypt for four years, Amineh moved to Oxford, England with her family last year. She says that writing poetry helps her process her sense of loss and dislocation: “When I remember my Syria I feel so sad and I cry and start writing about her,” Amineh explains. “I take words from anywhere. I take them from songs and films, from what I see on the computer or the television. And I put them all together.”

In 2012, when the violence of Syria’s Civil War reached Amineh’s family home in Darayya, a suburb of Damascus, they fled the city and spent a year sleeping wherever they could find shelter, but Amineh says she never felt safe: “In Syria, all the time we were scared,” she remembers. She first began writing poetry during the years they lived in Cairo. When they moved to England as refugees last year, Amineh threw herself into learning her new language. “She sits in her bedroom all the time and practices, practices,” says her older sister, Ftoun. At her new school, she participated in a poetry workshop and met the school’s writer-in-residence, Scottish author Kate Clanchy, who has helped nurture her talents in weekly classes.

The judges for the prize say that Amineh’s entry stood out among over 2,000 poems submitted, particularly lines near the end asking, “Can anyone teach me / how to make a homeland?” One judge, poet Rachel Rooney, observed that her poem was "passionate and complex. She was asking: ‘How can I do myself justice through a poem? How can I create a homeland on paper?’ And then she was actually doing it. Amazing.” When Amineh heard the announcement that she had won the prize, she was overwhelmed with emotion. And, while she still hold hopes for her birth country, she says she is grateful for the opportunities her new home provides. “I feel so happy here because I have a future and things won’t be scary any more,” she says. “Everything will be good and we will always be in peace.” 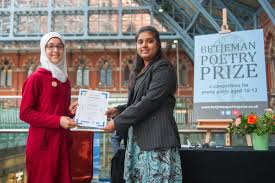 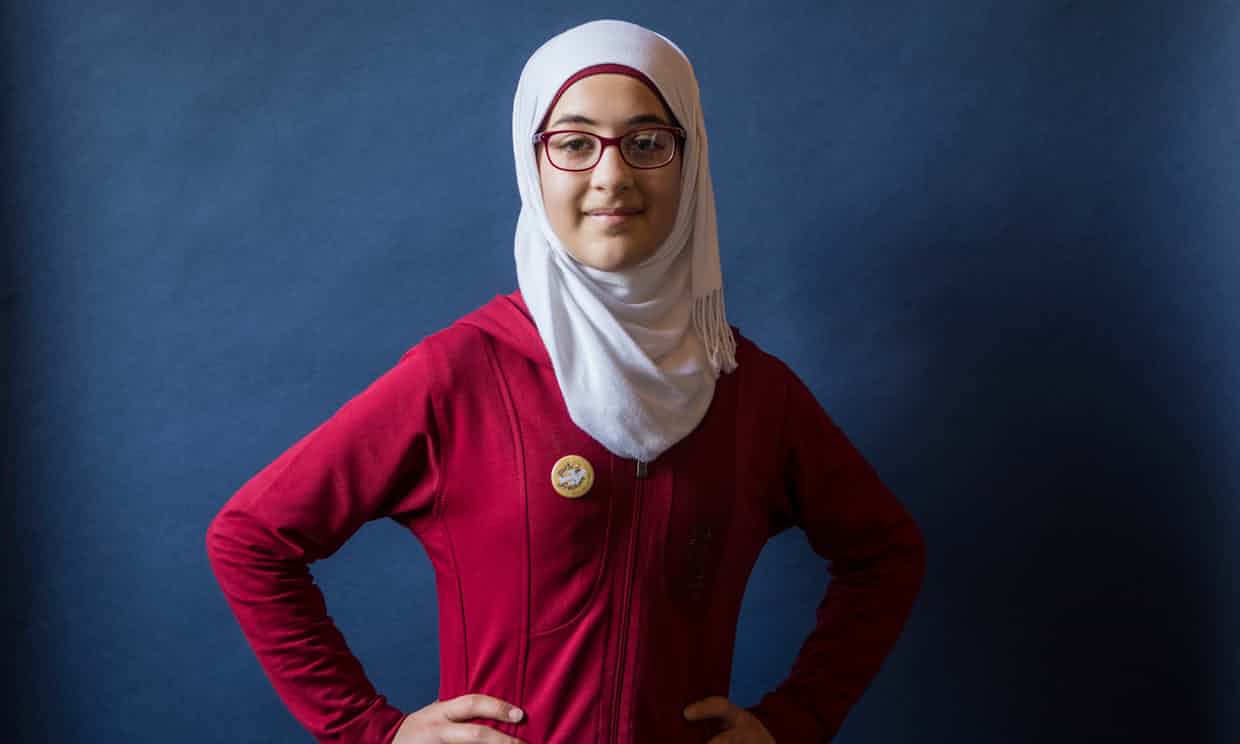 Oh Syria, my love
I hear your moaning
in the cries of the doves.
I hear your screaming cry.
I left your land and merciful soil
And your fragrance of jasmine
My wing is broken like your wing.

I am from Syria
From a land where people pick up a discarded piece of bread
So that it does not get trampled on
From a place where a mother teaches her son not to step on an ant at the end of the day.
From a place where a teenager hides his cigarette from his old brother out of respect.
From a place where old ladies would water jasmine trees at dawn.
From the neighbours’ coffee in the morning
From: after you, aunt; as you wish, uncle; with pleasure, sister…
From a place which endured, which waited, which is still waiting for relief.

Syria.
I will not write poetry for anyone else.

Can anyone teach me
how to make a homeland?
Heartfelt thanks if you can,
heartiest thanks,
from the house-sparrows,
the apple-trees of Syria,
and yours very sincerely.