On Tuesday the 12th June, nineteen Year 7 students headed to Lightning Park to participate in the ACC Dockers Lightning Carnival.

In trying conditions and against some quality opposition the boys played some outstanding footy. Though we didn’t manage to win a game the boy’s effort and their willingness to work hard for each other was unquestionable. To play five games of football at high intensity was an incredible effort from the boys.

A massive thank you to Jonathon Marchesi and Domenic Crupi who helped coach and run water on the day. A big thank you also to the parents that came down on the day to support the boys.

The students who played included:

On Wednesday the 6th June, nineteen Year 7-9 students headed to Kingsley Park to participate in the AFLW Dockers Cup Lightning Carnival.The students were bustling with anticipation as they boarded the school bus to see what the games would bring. The girls were beyond fabulous, winning their first two games by extended margins. In the end, they finished second overall to the experienced team from John Septimus Roe Community School. Mae Cairo was also named Fairest and Best for the competition out of 120 girls!! A big thank you to Laura Pandos who also came to support the team and a special mention also goes to Ms Melissa Plant for coaching the team on the day and the wonderful parents who came and encouraged the girls. 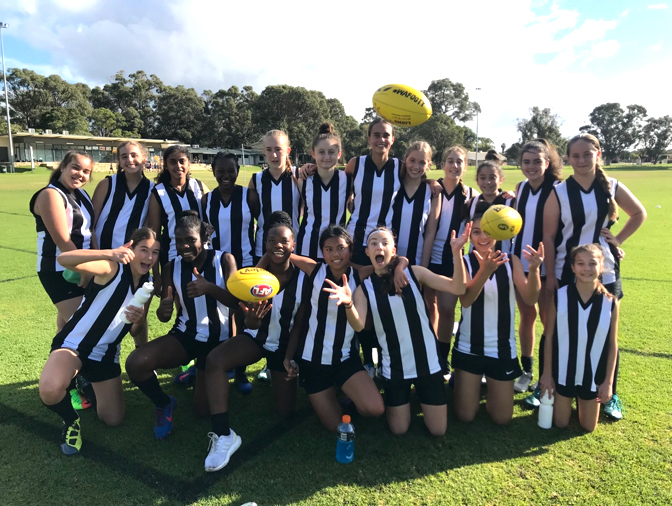 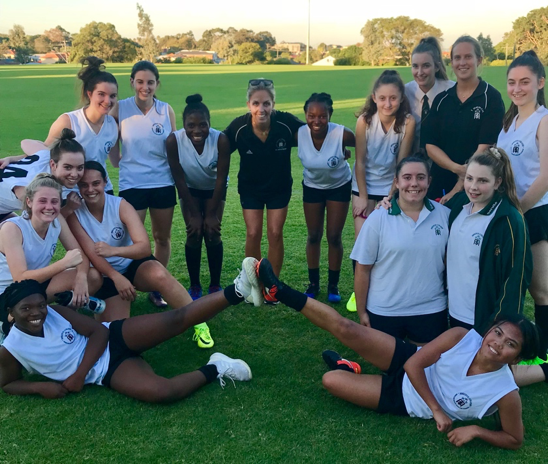 Look Out West Coast, because here comes Servite! On Tuesday afternoon, thirteen Year 9-12 students headed down to Grenville for their second AFLW game of the season against Kingsway Christian College. After a significant win last week, the girls were firing to keep up their streak.

To the girls testament, they played out of their skin, playing as a team and supporting one another to win 29-2!

The girls were on the hunt the entire game tackling, shepparding and spoiling at every opportunity, allowing the forwards to snap some incredible goals. Each member of the team was vital in what was another magnificent effort.

A big thank you to Leon Italiano and Luke Van Gent for umpiring the boundaries, Emily Gregson and Michael Gasteiger for goal umpiring, Adam Italiano and Mr Ryan Redfern for giving the students some pearls of wisdom and Ms Melissa Plant for coaching as well as the wonderful parents who came down to cheer our girls along. We are all so proud of them!

The girls who played included:

Our next game is Tuesday 22/05 after school at Grenville Oval. All are encouraged to come and support our students to take on St Mark’s for the next exciting game.

On Tuesday the 12th June, nineteen Year 7  students headed to Inglewood Oval to participate in the ACC Dockers Lightning Carnival. For many of the students, this was their first AFL game experience. The girls were fantastic losing only one of their games, finishing second overall by a small percentage.

A big thank you to Laura Pandos and Adam Italiano who both came to support the team  and  a special thank you also goes to Ms Melissa Plant for coaching the team on the day and encouraged the girls.

The students who played included: 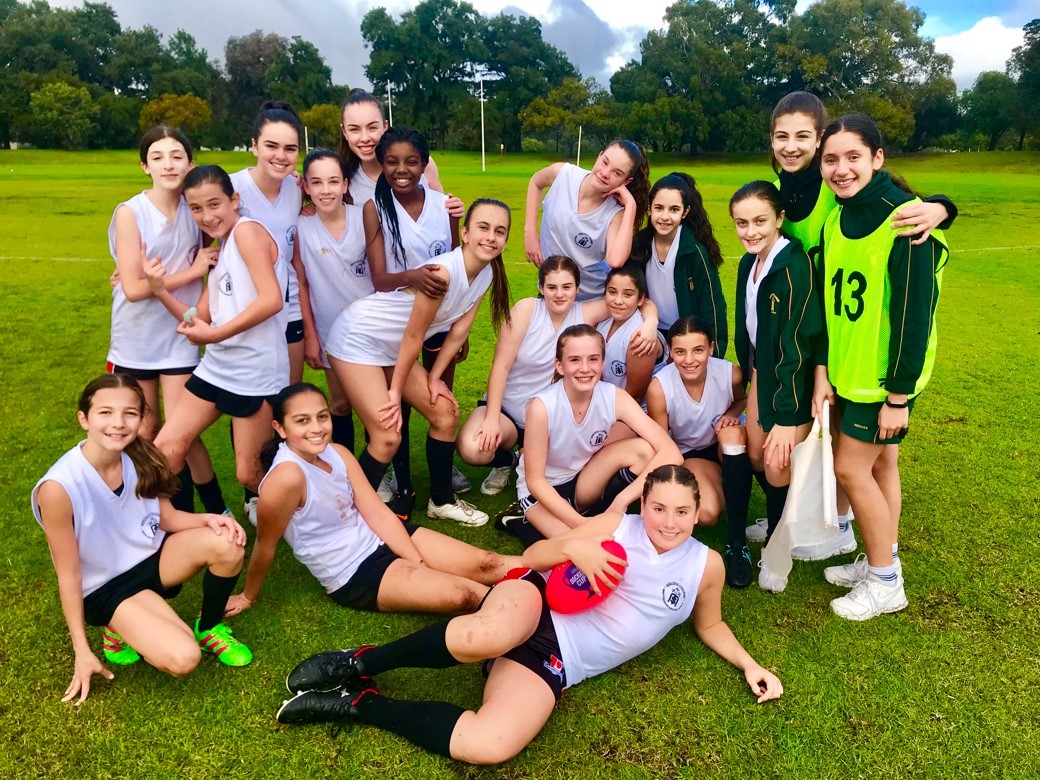 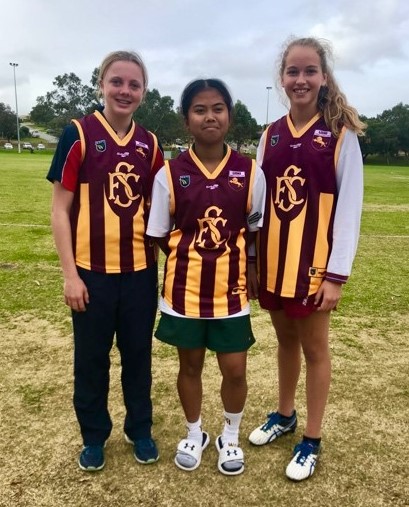 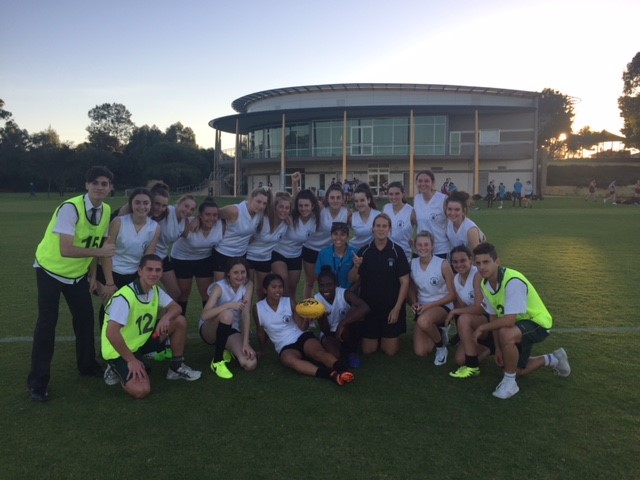 As the final siren blew, you could hear the 16 football players miles away singing “Servite’s Unite, Go Side by Side” as the AFLW Senior girls team took out their third win of the season by a massive 77 points.

The game started slowly with what seemed like was going to be a close game however, the girls kicked into action scoring 90 – 13 by the end of the game. The girls never seemed to slow, with 7 of the 16 girls scoring goals for the team. Their disposals were accurate and spread throughout the entire team with every member playing a significant role in the win.

The 3 big wins now leaves the girls top of the ladder for the Subiaco District taking us to the  Inter-zone final against the West Perth District on Tuesday 12th June. Further details for this game will be released to the community closer to the date. 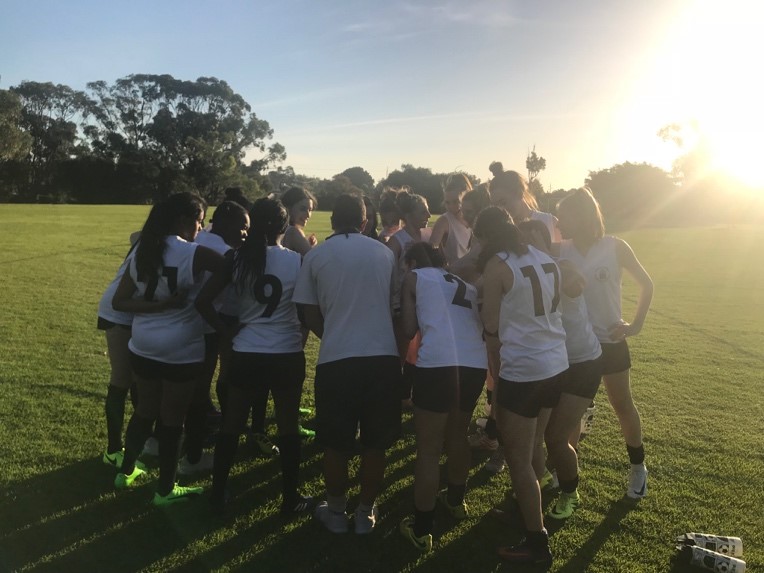 On Monday May 7, seventeen Year 8-12 students headed to St Stephen’s Duncraig, for many their first AFLW game.

The students were bustling with anticipation as they took to the field to see what the inaugural game would bring.

We couldn’t be more proud of the effort our students put in, to take out such a physical battle. A big thank you to Adam Italiano who also came and supported the team.