Made in the image and likeness of God

Creation is the greatest evidence of God’s love. The universe reveals God’s mastery —a mastery all people have been created to reflect.

The Creation Stories teach that within every human person lies the potential to reflect God:

Story of the Fall

In the Story of the Fall, Adam and Eve were tempted by the devil to reject their relationship with God by eating the fruit of the ‘tree of the knowledge of good and evil’, [Genesis 3:5 and 2:17] something God had forbidden.

The State of Original Justice

In the Creation Stories, God reveals that people have been created with four harmonious relationships. Each brings its own responsibilities and rights which God wishes to be respected.

Though everyone has the potential to relate with creation, many fail to do so. As a result, today there is:

God’s love for each human being is total, unconditional and all-forgiving.

The Fairness of Jesus

Was Jesus fair in the way he expected people to treat each other? Make no mistake. Jesus, who in human form completely represented God’s character, promoted a society –His kingdom –that would be wildly, rampantly, prodigiously unfair and unjust. You read that correctly. Unfair and unjust.

‘Tooth for tooth’ was considered just.

What Jesus desired for the world was so different from the fairness and justice practised by humanity that one sympathises with His family in Mark 3:21: ‘When (they) heard about this, they went to take charge of him, for they said, “He is out of his mind.”

’How was Jesus unfair? Well for one thing, he said, ‘The first will last and the last will be first.’ He also said, ‘Turn the other cheek.’ This wasn’t the justice that the world wanted. It still isn’t!

In the very beginning of the Bible, in the Book of Genesis, the story of creation is told. In the telling of this story, who God is and the role of people in God’s plan for creation are taught. Central to these stories are lessons about key beliefs.

Some of these are:

God is the creator of all

In the Book of Genesis God is revealed as the creator of all. God:

The two creation stories [Genesis 1:1-2:3 and 2:42:25] are written to help people remember the lessons they were developed to teach. They were never intended to be understood as being literally true.

Both Creation Stories, using imagery and writing conventions of the time they were composed, reveal that the human race has been created by God.

God is the source of human identity

Both Creation Stories teach that people are fundamentally different from the rest of creation. They have been created in the image of God, the essence of their lives being the very breath of God.

God’s love for people came to be understood only over time. Ultimately, it was Jesus who made this clear.

The Creation Stories show God’s love for people in these basic ways:

People relate with God by acknowledging the ways God loves them and by trying to love God in return.

God created humanity as the climax of creation

Humanity is the climax of God’s creation. God has revealed it in the Scriptures, where human beings are spoken of as ‘God’s work of art’ [Ephesians 2:10].

All people are called to respect each other 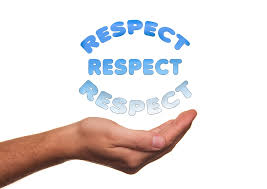 Recognising humanity as the climax of God’s creation means:

To serve as God’s fellow-workers in God’s work of creation requires stewardship or proper management of the earth’s resources. God has created people stewards of creation.

People have discovered that the universe did not ‘just happen’. Its beginning, complexity and interrelationships; its powers and other features —all make any notion of a chance beginning from nothing unreasonable.

God created humanity and the rest of creation to provide for humanity [Genesis 2:16]. God did so simply to express love, ‘all powerful love’.

The Bible reveals the nature of sin and suffering in the world. God’s state of original justice was destroyed by sin God created human beings to relate with their Creator. They were to love and be loved by God, and, in this, they were different from other creatures. The Book of Genesis portrays this relationship as close, trusting and informal.

The original relationship with God damaged

The original relationship with the environment was damaged

The state of original justice created by God included the human responsibility to care for the environment in ways that reflected the mastery of God. The Fall changed this relationship. Now the man and the woman tried to exploit the fruit of the tree for selfish purposes [Genesis 3:5-6].

God the Father sent Jesus to restore goodness and justice through the Incarnation of Jesus.

Jesus came to serve as a model and teacher for all humanity. God the Father sent him to restore the human capacity to reflect God.