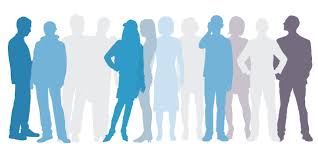 Identify with and / or belong

To identify with an organisation or belief system means to see yourself in some way associated with, connected to, affiliated with, or an observant member of it.

It may be the case that a person identifies with a group without actually joining with the group. For example, a person may identify with others who feel aggrieved about the way they are treated in society. The injury or insult may not have happened to the person themselves but they can appreciate how those affected feel.

Belonging can mean different things. For example, a person may belong to a football club by being player, official or supporter. Because they will are actively involved with the club they will most likely identify strongly with it too.

Not identifying with and / or not belonging to a religion

Many people in Australia do not identify with any religion or do not want to be seen to be religious. Some people may be ignorant about religion while others just ignore religion and spirituality. However, there are others who consciously reject religion and hold a particular counter point of view.

Below are four such views:

Still others may reject organised religion for reasons to do with past experiences or because of hurts inflicted by religion, such as wars and persecution.

According to the 2011 Census, about ¾ of Australians claim affiliation with a religion. Christianity remains the most commonly reported religion at around 61% of the population with Judaism, Hinduism, Islam and Buddhism being the most numerous of the non-Christian faiths. The number of people reporting 'No religion' has increased significantly, from 18.7 per cent of the population in 2006 to 22.3 per cent in 2011.

Affiliation does not mean observance. According to the 2011, people claiming affiliation with Catholic Christianity make up about ¼ of the population (5.4 million or 25.3%) yet only about 675,000 regularly attended Sunday Mass—an obligation for observant Catholics. 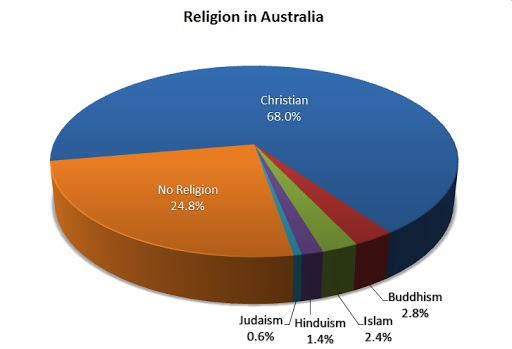 A person might be said to be ‘religious’ if their behaviour is consistent with their stated religious beliefs. For instance, a Christian would be expected to try to follow Jesus in word and deed (and they would have to examine their own conscience to decide whether or not they followed Jesus in thought).

Identifying with and / or belonging to a religion

Recognising a person as religious and understanding what being religious looks like requires both an understanding of a particular religion and a willingness to consider a range of different ‘measures’ of religiosity. For instance, being religious may be described in terms of what and how frequently a person practises elements of a religious way of life. It can also be described in terms of what a person says they believe in, and going further, how their behaviour matches the stated beliefs of a religion.

Religious participation, adherence, observance, practice and identity are all ways people can describe what it means to be religious. However, efforts to describe being religious can only measure being religious at an external, observable level. What people feel and think deeply about religion or matters related to religion is deeply personal and less easy to measure or describe.

Australians who claim to be non-religious are not all atheists. It is difficult to determine exact numbers of atheists from the census because people can select ‘no religion’ rather than a particular category of non-belief. However it can be concluded that ‘atheism, agnosticism, deism, scepticism, free-thought, secular humanism or general secularism are increasing in Australia. Post-war Australia has become a highly secularised country ... religion does not play a major role in the lives of much of the population.’

Because internal levels of faith cannot be measured, decisions about who is religious are usually based on observation. Observations can be made about religious practices, religious dress and whether or not a person’s behaviour matches their avowed beliefs.

A person may be said to be ‘religious’ if they take part in religious practices. For instance, a religious person would attend religious services and perform religious rituals.

A person may be said to be ‘religious’ if they wear religious clothing or religious insignia as a sign of their faith (not just as ‘fancy dress’). 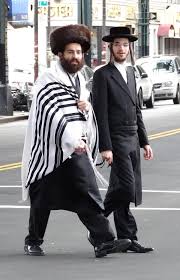 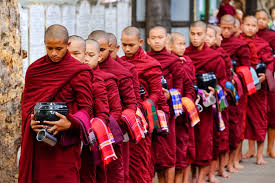