Following the English Reformation of the 16th Century the Roman Catholic Church was declared illegal in England and Wales, a situation that remained until the 19th Century. Further restrictions were applied including the 1701 Act of Settlement (still in force) which forbade the heir to the English throne to be or to marry a Catholic. The Monarch was the head of the Church of England. This established or official church was supported by the powerful elite. 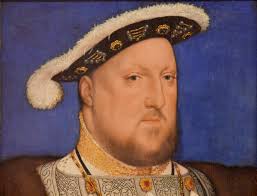 Building churches and chapels was a huge enough task, physically and financially. Yet there was government support for this endeavour and Churches were often the first public buildings to be erected in the bush.

Anglican / Presbyterian -  Anglicanism was also the faith followed by the majority of Australian colonists, convict and free settler, military and merchant class, throughout most of Australia's colonial history.

Evangelical Protestantism (represented by most of the early clergy and missionaries including Methodists, Congregationalists and Baptists). Evangelicalism is the religious success story of the Australian colonies.

Catholicism (represented by between one quarter and one third of the convict and free settlers and the clergy they gathered to serve their community).

The Catholic Church in Australia began at a time when European Catholicism had suffered its most profound decline since the religious wars of the Reformation; yet Catholicism remained a force to be reckoned with in the early colonies. Throughout the colonies there was never less than one quarter of the population that was Catholic. This was a far higher proportion than in the British population generally.

Catholic convicts were forced to attend Church of England services under penalty of twenty-five lashes for the first refusal, fifty for the second, and for the third, transportation to Norfolk Island. The requirement to attend non-Catholic services was deeply resented by the Irish convicts. After about 1830, convict Catholics were joined by a considerable number of free settler Catholics. This influx seems to have corresponded to a rise in intolerance, led above all by the Presbyterians.

Most Catholics who came to Australia before 1850 were working-class Irish convicts. Although many rural Irish were transported for crimes such as pig stealing, poaching and farm violence, many others had committed crimes in English urban centres.

Catholicism in Australia in the Twentieth Century

Up until 1900 or thereabouts the Australian Church was basically Roman in outlook but with the appointment of Daniel Mannix to Melbourne in 1912, Irish traditions began to emerge.

Archbishop Mannix enjoyed enormous influence amongst Irish Catholics. His did not support conscription during the First World War and was accused by the Prime Minister, Billy Hughes of the defeat of the referendum on the issue. 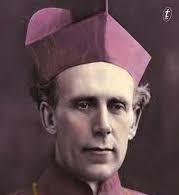 The 1950s was another period of rapid growth for the Catholic Church in Australia. Europeans, many of them refugees from the Second World War, migrated to Australia. Large numbers of Catholics came from Italy, Malta, Poland and many other places. This was also the time of the post war ‘baby boom’. Many new parishes were established with the consequent need for more priests, churches and schools.

From 1962 to 1965 the Second Vatican Council was held in Rome. All bishops from around the world attended the council sessions. This was the major event of the Church in the Twentieth Century bringing about, amongst many other things, a change in emphasis on the pyramid structure of the Church. The role of the bishops and priests was still very important but the role of the laity was also seen as active rather than passive. The evangelising work of the Church was now the responsibility of all the baptised.

The 1970s saw another influx of Catholics, this time from Vietnam. After the communist takeover of South Vietnam in 1975 about 160,000 refugees, many of them ‘boat people’, arrived in Australia. About 30% were Catholic. More and more, the Catholic Church in Australia is a multi-cultural community.

Today there are seven Australian archdioceses which embrace twenty-one smaller dioceses. These extend from the Archdiocese of Melbourne with around 600 priests for over 1 million Catholics amongst a population of 3 ½ million to the Diocese of Broome, three times the area of Melbourne but with just a dozen priests for 14,000 Catholics amongst a population of around 31,000.