Searching for meaning and finding answers through religion

Religious Answers Deal with the Mystery of Life

People’s life experiences prompt them to ask questions about the meaning and purpose of life.

Religions offer answers to life’s questions but these answers cannot always be given in a short response. When dealing with the mysteries of life a deeper appreciation of religious beliefs is required.

Different religions provide answers about the meaning of life and more specific questions such as: 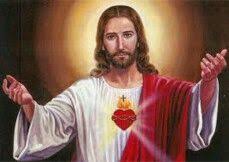 Religion and the Search for God

A religion can help people in their search for meaning because it accumulates the experiences people have of the divine over generations and offers insights and knowledge far beyond what one person could discover in their own lifetime.

For Christians the answer to life’s questions is…

History records that Jesus lived and died in Palestine approximately 2000 years ago. In roughly three years as a wandering preacher, he attracted many followers by his authoritative teachings and astounding miracles.

Jesus taught that God wants a deeply personal relationship with all people and that it is through him that this relationship becomes possible. At the insistence of the Jewish authorities,

Jesus was executed by crucifixion under the authority of the Roman Governor, Pontius Pilate.

Jesus is known by such titles as Christ, Messiah, Saviour, Son of God, healer, teacher, rabbi and miracle worker.